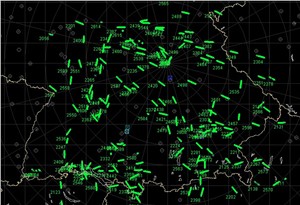 At ADEX 2021 in Seoul, HENSOLDT will focus on its broad range of sensor technologies, a major part in the airborne solutions domain. The sensor solutions are deployed on various platforms, including helicopters, aircraft and unmanned aerial vehicles. Come and visit us at stand no B114 at ADEX in Seoul!

HENSOLDTis presenting itslive air picture of its “TwInvis” passive radar during this year's ADEXshow. The system uses several transmission sources from various locations. It can also interconnect several sensors into one sensor cluster. The transmitters and the TwInvis sensors can be separated from each other at a distance of up to 100 kilometres. Unlike systems based on passive emitter tracking, requiring aircraft to emit, TwInvis does not depend on any such transmission and is thus a truly passive system.

Another part of HENSOLDT’s display is ‘Kalaetron RWR’ (RWR = Radar Warning Receiver), designed to protect aircraft from radar-guided weapons. The RWR has a fully digital design and is able to detect and identify threats quickly. It also has a very low false alarm rate over a wide frequency range. The Kalaetron RWR uses artificial intelligence (AI) techniques to detect new threat patterns from a huge amount of collected raw data. This is especially important to identify the latest air defence radar systems that cover an extremely wide bandwidth, or which hop between particular frequencies in fractions of a second. Kalaetron thus enables fighter or transport aircraft to be protected even against upcoming anti-aircraft weapons and integrated air defence systems, while also offering great potential for adaptability to cope with future threats.

Also, on display will be HENSOLDT’s counter-UAV (Unmanned Aerial Vehicles) system Xpeller for 24/7 protection from illicit intrusions of UAVs over critical areas – even at long ranges – offering a low false alarm rate and high probability of interception. The system is highly modular and combines numerous sensors (radar, electro-optics, direction finders) and target neutralization effectors such as jammers and drone catchers through a single Command and Control (C2) system.

Tell a friend:
Hensoldt to Showcase Sensor Solutions at ADEX 2021