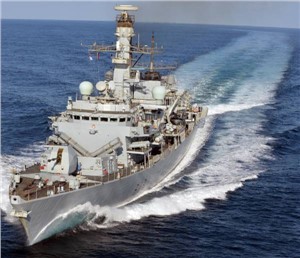 The Surface Warships conference will be taking place from 19-21 January online and will welcome senior Naval and Industry leaders, including higher naval commands of the NATO alliance and partner states. Attracting over 150 senior officials including navy commanders, directors of materiel, heads of strategic programs, capability planners, shipyard directors, as well as leading solution providers, it has established itself as the premier event for the maritime community.

The 2021 conference will continue the discussion on the opportunities of digitisation and the peculiarities of maritime power projection in an information-dominated battlefield. We are seeing a return to great power competition, the rise of global information systems, spectacular technological advances and the growing rate of asymmetric engagement. The Pandemic has accelerated many of these trends and posed a great challenge to the resilience of national maritime capabilities. It is time to renew the competitive edge to fight and win at sea.

Over the course of 3 days, the Surface Warships Conference will address modernisation and acquisition, innovation, and operations across the spectrum of surface combatants. The conference days will be split across Future Operations, Future Technologies and Future Force Structures. Running on a secure digital platform, the event will feature closed roundtables and facilitate one-to-one meetings with leading stakeholders, enabling new partnerships and exclusive networking opportunities. Using advanced algorithms, the conference will connect the user with the vendor depending on unique procurement objectives.

The premier meeting ground for the Surface Fleet community

As Surface Warships returns for it's 11th annual conference, we welcome over 150 officials for high-level and tailored conversations surrounding future capability development for an information-centric operating environment, focusing on the nature of Future Operations, the required Future Technologies, and the makeup of the Future Force Structure.

"Excellent opportunity to focus on one of the most important maritime aspects."
Italian Navy

"I thought the quality of the speakers was excellent and the way they were grouped together created a lot of synergy. I have been to 3 Surface Warships events it is an outstanding opportunity to interact with counterparts from a wide range of navies and industry."
Programme Manager, US Navy