This news is classified in: Defense Radar / EW Navy Sensors 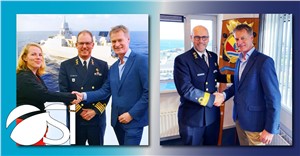 OSI Maritime Systems (OSI) is pleased to announce it has been contracted to deliver a Fleet Wide License for the next generation of ECPINS to the Royal Netherlands Navy (RNLN) Fleet, Shore establishments and the Belgian Navy (BN) frigates.

The Fleet Wide License allows both the current and new ECPINS versions to be rolled out over an unlimited number of
RNLN surface ships, submarines and shore establishments.

“Globally, ECPINS is operational in 25 Allied and NATO navies,” stated Jim Davison, Vice President, Business
Development. “Our GNSS-denied technology operates on eighteen classes of submarines and offers a formidable tactical
punch to the capabilities of surface and subsurface vessels.”

ECPINS was the first WECDIS independently certified against WECDIS STANAG 4564 and continues to be fully compliant
with the standards. Further, being sensor agnostic, ECPINS offers flexible system integration and architecture in retrofits and new builds while delivering optimal tactical performance.

The signing of this contract further strengthens the strong relationship of OSI with the RNLN, BN, NL Defence Materiel
Organisation (DMO), RNLN Naval Academy, and the RNLN Maintenance and Sustainment Agency (DMI).