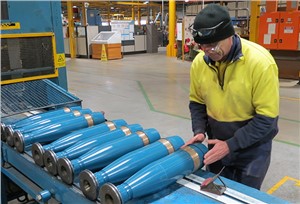 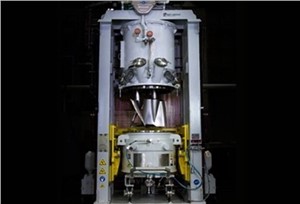 Thales’s investment in new large-scale preparation and mixing equipment will enable a 500% increase in the size of rocket motors able to be manufactured at Mulwala, supporting production of advanced guided weapons and hypersonic weapons.

Building on Thales’s 25-year in-country legacy of manufacturing world-leading sovereign munitions for the Australian Defence Force (ADF) and strategic Defence Industry partners, the new equipment will deliver a step-change in Australia’s sovereign capacity to produce guided munitions, enabling the manufacture of more than 90% of the ADF’s current strategic rocket propulsion inventory and delivering the capability to manufacture future guided and hypersonic weapon systems.

“Thales Australia is a strategic partner of the Australian Defence Force and we are committed to investing in the resources and technology necessary to support the ADF and Australian Government’s ambition to accelerate the creation of a Sovereign Guided Weapons Enterprise, boosting skilled jobs and helping secure Australia’s sovereign defence capabilities.

Thales Australia works with more than 600 Australian suppliers and a large range of weapons systems Primes to ensure the ADF receives the locally manufactured munitions they need.

Thales Australia is the nation’s largest manufacturer of munitions, propellant and military explosives and manages the government owned contractor operated (GOCO) sites in Benalla, Victoria and Mulwala, New South Wales employing over 650 highly skilled people in the development and manufacture of munitions systems for the ADF and allied forces. This investment will support significant growth in Defence industry skills and capability.