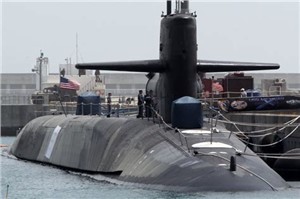 Fluor Corporation (NYSE: FLR) announced today that its Department of the Navy contract with Fluor Marine Propulsion, LLC, a wholly-owned subsidiary of Fluor, was extended through fiscal year 2022. The contract is part of a joint program, Naval Reactors, that is overseen by the Department of Energy’s National Nuclear Security Administration and the Department of the Navy. The contract includes Naval Nuclear Propulsion work at the Navy Nuclear Laboratory (NNL) sites in New York, Pennsylvania and Idaho. The one-year, cost-plus-fixed-fee option is valued at $1.16 billion.

Fluor won the initial base Navy contract in a joint Department of Energy and Department of Navy competition in July 2018. The two contracts have an original potential value of $30 billion over 10 years if all options are exercised.

For more than 70 years, NNL has developed advanced naval nuclear propulsion technology, provided technical support, and trained world-class nuclear operators to ensure the safe and reliable operation of our nation’s submarine and aircraft carrier Fleets. The NNL is solely dedicated to the Naval Nuclear Propulsion Program and is comprised of nearly 8,000 engineers, scientists, technicians and support personnel.