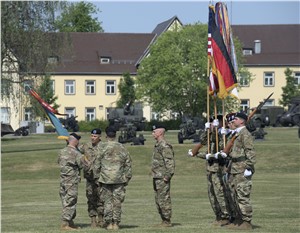 Fluor Corporation (NYSE: FLR) announced today that the U.S. Army Europe’s 7th Army Training Command awarded the company the Logistics Support Services contract. The contract has a period of performance through May 2025.

Fluor will provide logistical support to military units, both U.S. and coalition forces, to include dining facility and food services, tents, heaters, power generation equipment, material handling equipment, and other various services at sites throughout U.S. Army Garrisons Bavaria for training and operations.

“With a more than 60-year history on the continent, Fluor has had a long and proven presence in Europe,” said Tom D’Agostino, president of Fluor’s Government Group. “Fluor was awarded the predecessor to this contract three years ago. This new award allows us to continue our presence in the region for another five years, and also positions Fluor for future work with the U.S. European Command and the U.S. Africa Command headquarters located in Germany.”