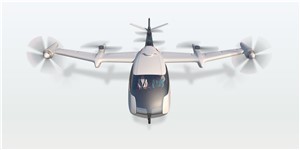 A Honeywell (NYSE: HON) breakthrough in compact satellite communications technology will bring the safety, connectivity and efficiency trusted for decades by airplane manufacturers and airlines to three of Pipistrel's exciting new aircraft, including the fixed-wing Surveyor and both unmanned Nuuva platforms, the V300 and smaller V20.

Weighing in at only 1 kilogram (2.2 pounds), Honeywell's Small UAV SATCOM system is 90% lighter than the company's next smallest connectivity system, yet it brings the same capabilities enjoyed by larger aircraft to the Nuuva V300, V20 and Surveyor. Honeywell's offering, a highly innovative and popular product targeting a rapidly growing new market segment, will for the first time be implemented specifically on an unmanned cargo or optionally manned aerial vehicle.

"We are excited to offer our customers a global communication solution, which is location independent and cost-effective," said Pipistrel CEO Ivo Boscarol. "The addition of Honeywell's Small UAV SATCOM to our unmanned aircraft platforms unlocks global beyond-visual-line-of-sight (BVLOS) connectivity for command-control, as well as mission-specific data relay. Our customers will enjoy the ability to connect to their assets anytime, anywhere, without the need to set up elaborate ground-based BVLOS infrastructure."

Satellite communications, or SATCOM, refers to a broad category of key technologies that connect aircraft to each other and to operators or air traffic control on the ground via satellites. Traditionally, satellite communications terminals have only been available to install on larger business and commercial transport aircraft due to their large size, weight and the power required. However, Honeywell's Small UAV SATCOM system is 30% lighter than competing options, customizable, and can be installed in different locations on an aircraft to accommodate a wide range of platforms.

"Honeywell's small UAV SATCOM system is a game-changer for small or medium-sized unmanned aircraft, such as the Nuuva cargo or Surveyor aircraft, that previously couldn't be equipped with satellite communications," said Stéphane Fymat, vice president and general manager, Unmanned Aerial Systems and Urban Air Mobility at Honeywell Aerospace. "Now, they have access to everything we've come to expect from the large-aircraft experience, like global connectivity or fleet monitoring — but it's been packaged in a size that is conducive to a much smaller aerial vehicle."

The system provides unmanned aerial vehicles with global coverage and real-time video streaming to the ground. It also enables beyond-line-of-sight capabilities, so vehicles can be operated remotely beyond the operator's visual sight. It can be used for a variety of applications, including logistics and delivery services performed by UAVs. Also, the Small UAV SATCOM can keep vehicles connected even in remote areas or over water where other ground-based communications systems, such as 4G, are not available.

Pipistrel's Nuuva V300 is a long-range, large-capacity, autonomous UAV. It will take off and land vertically with battery power, meaning it does not require a runway, and has significantly lower operating costs than helicopters. It can carry loads up to 460 kilograms (~1010 pounds) for more than 300 kilometers (~186 miles), making it an ideal solution for deliveries to areas traditionally accessible only by helicopter. Its smaller sibling, the Nuuva V20, shares the same architecture and advantages of the larger V300, but is designed to serve as a lighter cargo transport vehicle carrying loads of up to 20 kg.

The Surveyor aircraft uses a fixed-wing design that is designed to be customized with various sensors and cameras for use in applications like wildlife management, coastal patrol, traffic observation, or search and rescue efforts.