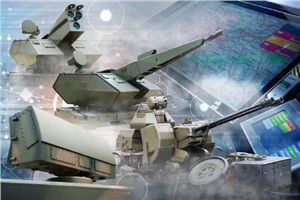 The return to Great Power competition and continue technological progress has led to a rise in both high-end and low-end threats. Faced with the proliferation of UAVs of all sizes and classes as well as heightened tensions with ballistic and cruise missile capable nations, armed forces need to rapidly evolve air defence systems across the full spectrum of threats.

Air Defence Week 2021 has been built in response to the military need to consider the total operating environment and has rapidly become the chosen meeting ground for the international air defence community; bringing together both industry and military to address the threat.

With ever increasing threats from state and non-state actors alike, the need for an immediate global response has never been greater.

"The base tour was excellent, plus the event allowed presentations from countries and discussions about radar and missile integration"
-VProgram Manager, ASELAN

"The staff at IQPC stood out as they were attentive to all the attendees needs and responded to each question with respect and attention"
- Director, Business Development, BAE Systems
"A great opportunity to meet relevant players in the field of ISR and security affairs"
-Image Analyst, SatCen
"Valuable conference."
- Technical Consultant, Norconsult Telematics