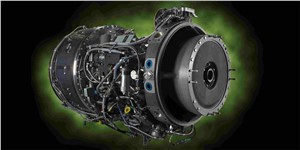 “Supporting the U.S. Army Chinook Program is a bedrock principle for Honeywell Aerospace,” said Steven Williams, vice president of Defense Aftermarket, Honeywell Aerospace. “Our mission is manufacturing, maintaining, and modernizing T55 engines for the critical heavy-lift mission, and we take this mission seriously. We are very proud to continue our strong relationship with PEO Aviation, the U.S. Army and our warfighter.”

Securing this engine production contract follows a milestone year for the T55 engine. In 2020, Honeywell won a competitive repair and overhaul contract for the T55. In addition, Honeywell completed a new, world-class engine repair and overhaul facility in Phoenix. That move allows the repair and overhaul work on the T55-GA-714A engine to be fulfilled in the same location as new engine production. The T55 center of excellence provides for a shared workforce, facilities, and engineering resources between both engine lines and delivers up to 20 engines per month to the U.S. Army, foreign military and commercial customers.

Also in 2020, Honeywell entered into a cooperative research and development agreement (CRADA) with the U.S. Army to demonstrate and fly its upgraded T55-GA-714C engine on the heavy-lift, twin-engine CH-47F Chinook helicopter. The new 6,000-horsepower engine is 23% more powerful and consumes 9% less fuel than the current T55. New modifications also make the next-generation T55 easier to maintain with lower operating costs and increased readiness for the warfighter. Work is ongoing now in phase 1 of the program, and ground and flight demonstrations are expected to begin in 2022. The new 714C variant of the T55 is designed to be affordably incorporated into the 714A as an upgrade kit during overhaul at Honeywell’s R&O Center of Excellence or at the Army’s Corpus Christi Army Depot.

As a world leader in heavy lift, the CH-47F Chinook helicopter is used by the U.S. Army to support domestic and foreign operations by hauling troops and cargo all over the world. Since 1961, Honeywell has improved the horsepower of the T55 engine by 133%. Each improvement has decreased the engine’s fuel consumption and lowered the maintenance burden to increase aircraft readiness.