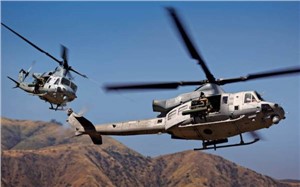 Our past Helicopter Technology events have been recognised for excellence by many leading defence forces in both Central and Eastern Europe, which have hosted more senior heads of Air Force and Helicopter Commands than any other helicopter event in Europe. As Central and Eastern Europe and the Baltic States continue to be a key focus for defence equipment upgrades, the rotary fleet remains a key asset in both domestic and international military operations. Therefore, a focused conference is essential to ensure continued advancement of capability, equipment, and joint interoperability.

Unlike other events, this conference is a meeting for the military helicopter community across Central and Eastern Europe with a focus on the selection and procurement of new platforms and systems as a means of securing strategic success, whilst putting in place the necessary mechanisms for the maintenance, repair and overhaul of existing legacy platforms. This is the only event that provides a regional focus on Eastern European nations seeking to develop and modernise their fleets, along with NATO and international partners seeking strategic insights into cooperation and interoperability across the region.

Helicopter Technology Central and Eastern Europe 2020 will continue to run as the only forum focused specifically on Helicopter technology in the region. The conference works as a platform to assist and provide vital knowledge to helicopter program managers and practitioners, as well as technical experts and system integrators.

As the only conference that specialises in rotary systems in the Central and Eastern Europe region, join us and hear from an international speaker line-up, which includes Hungary, Slovakia, Romania, Croatia, Czech Republic, many more!