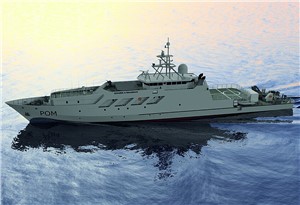 Nexeya France, a HENSOLDT company, has received an order of 6 LYNCEA Combat Management Systems (CMS) by French shipyard SOCARENAM. This is following a competition organized by the French procurement agency DGA. The CMS will equip the French Navy’s offshore patrol vessels (OPV) beginning in 2021.

Jérôme Giraud, Nexeya France’s CEO said: “Nexeya and all its employees are proud to have been selected in this competition. This will strengthen our position on the OPV market and offers us important prospects in France and abroad.”

Nexeya’s LYNCEA system is already in use on board of six offshore patrol vessels and six surveillance frigates of the FLOREAL class. With this order, Nexeya France strengthens its leadership position in innovative, effective and competitive solutions for French OPVs.

The Combat Management Systems are developed in Toulon and Angoulême. This order represents about 13,000 working hours for Nexeya’s engineers and technicians.