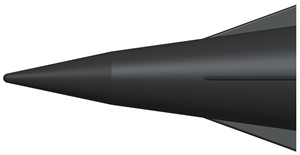 The U.S. Army awarded two contracts this week as it advances the fielding of a prototype hypersonic weapon by Fiscal Year 2023.

"Delivering hypersonics to a unit of action will provide a critical combat capability for the Army in support of the National Defense Strategy," said LTG L. Neil Thurgood, Director of Hypersonics, Directed Energy, Space and Rapid Acquisition. "With a collaborative effort by our partners in industry and the Department of Defense, we will advance this strategic weapon system and fulfill a critical mission for our nation."

Hypersonic weapons are capable of flying at five times the speed of sound and operate at varying altitudes, making them unique from other missiles with a ballistic trajectory.

In March 2019, the Secretary and Chief of Staff of the Army directed the accelerated delivery of a prototype ground-launched hypersonic weapon with residual combat capability by Fiscal Year (FY) 2023. To execute this strategy, the Army Rapid Capabilities and Critical Technologies Office (RCCTO) has selected two prime contractors to build and integrate components of the LRHW prototype.

On August 29, the Army awarded an Other Transaction Authority (OTA) agreement to Dynetics in the amount of $351.6 million to produce the first commercially manufactured set of prototype Common-Hypersonic Glide Body (C-HGB) systems. Also on August 29, the Army awarded a second OTA agreement to Lockheed Martin in the amount of $347.0 million as the LRHW prototype system integrator.

The Army RCCTO is responsible for delivering the prototype LRHW battery, consisting of four trucks with launchers, hypersonic missile rounds, and a command and control system. The OTA awards support the design, integration and production work that enables a series of flight tests beginning next year, leading to fielding in FY23.

In developing the LRHW, the Army is working in close collaboration with the other services through a Joint Service Memorandum of Agreement on hypersonics design, development, testing and production. As part of the agreement, the Army will execute production of the C-HGB for all services, while the Navy will lead the glide body design beginning in FY20. This joint cooperation allows the services to leverage technologies, while tailoring them to meet specific air, land and sea requirements.

The two contract awards mark an important step in transitioning the development of Army hypersonic capabilities out of the government laboratories and into commercial production. Initially, Dynetics will work with Sandia National Laboratories to learn build of the glide body.

"Hypersonics is not a new technology -- it's a new application of technology, with a new sense of urgency," said Bob Strider, Deputy Director of the Army Hypersonic Project Office, part of the RCCTO. "This prototyping effort will leverage the great work of the government science and technology community to take these systems to the next level and create an industrial base going forward."

The Army RCCTO, headquartered at Redstone Arsenal, Ala., is chartered to develop rapid prototypes and field residual combat capabilities.