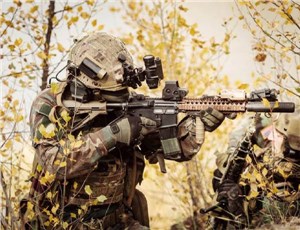 We are proud to host the fifth annual Future Soldier Technology conference, which will convene in London on the 12th and 13th March 2019. This year's event will also include a dedicated pre-conference focus day on 11th March 2019 focused exclusively on dismounted situational awareness (DSA) - exploring how new technologies within mobile deployable communications, ISTAR, battlespace management, Command & Control networks, and innovative immersive technologies and displays are assisting the warfighter.

Future soldier programmes continue to be critically important for dismounted infantry operations around the world. As militaries are expected to operate in diverse environments - from Arctic to urban landscapes - developing materials, technologies and capabilities that enable soldiers to survive and thrive has become ever more important.

As well as updates from a variety of national programmes including:

At this year's conference there will once again be an array of networking opportunities:

The conference and focus day agenda is critical for anyone involved in dismounted soldier technology and equipment, including: