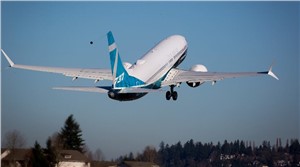 The European Union Aviation Safety Agency (EASA) said it will run its own independent tests to check the Boeing 737 MAX software updates and evaluate its safety before giving European operators permission to fly.

The European regulator intends to independently check its counterpart’s from the US, the FAA, verdict on the improvements Boeing made to the troubled 737 MAX program. Global Boeing 737 MAX fleet was grounded in March after the two deadly crashes, Lion Air followed by Ethiopian Airlines, that killed 346 people.

Thus, in question are safety concerns which EASA wants to be sure that are fully solved. The FAA is the authority leading the re-certification process and this was approved by the IATA. However, all the regulators have to give an approval to lift the whole fleet.

What concerns safety, these “double checks” might contribute to Boeing’s program regaining trust among the flying public sooner, but the process of re-entering of the 737 MAX into service would become a way longer.

The FAA reports that it has a good relationship with other aviation authorities. Nevertheless, even when the FAA says that Boeing 737 MAX is safe to fly, it means that formally the FAA gives clearance only to the US operators. Other operators scattered all around the globe have to wait for their regulator’s safety assessment and approval before returning the aircraft to commercial service.

But differences in regulators’ opinions might place the FAA in an awkward position and make additional complications to the schedules of many airlines flying Boeing 737 MAX planes internationally.

Tell a friend:
EASA to Lift Boeing 737 MAX in Europe after Its Own Tests