Safran Enters Into Exclusive Negotiations With Thales to Acq 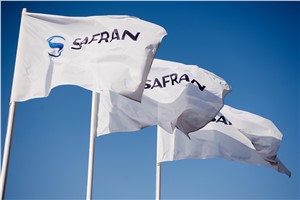 Safran announced that it has entered into negotiations with Thales to acquire its aeronautical electrical systems business. This electric power conversion activity, also plays a role in power generation and electric motors in the civil and military aeronautics sector.

With this acquisition, Safran Electrical & Power aims to pursue its strategy as an equipment manufacturer positioned across the whole electrical chain. The electrical conversion business would make a significant contribution to Safran's portfolio of activities, which would expand further in the area of electrical power generation, particularly in the defense and helicopter markets.

For Thales, the potential sale is part of the Group's strategy to refocus on its core businesses in aerospace, defense and security, and digital identity and security.

Stéphane Cueille, Chief Executive Officer of Safran Electrical & Power, said: "We are delighted with the prospect of joining forces with Thales's electrical teams, which will give us even greater competences over the electrical chain, thanks in particular to their leading skills in electrical conversion. The complementary nature of our expertise will also enable us to provide the market with ever more relevant and effective solutions."

"This project would provide our aeronautical electrical systems teams with an excellent environment in which to develop and would enable them to bring their leading expertise in electrical conversion, power generation and motors to Safran Electrical & Power. In consequence, the proposed acquisition would provide these activities with solid prospects in a market that is showing dynamic growth. More than ever, it would allow Thales to focus on developing its world-class critical avionics solutions." Yannick Assouad, Executive Vice-President, Avionics of Thales.

The proposed transaction is subject to the information and consultation procedure with the relevant employee representative bodies of Thales and Safran, as well as the usual regulatory approvals. The transaction is expected to take place in 2023.