This news is classified in: Aerospace Communications Space Contracts 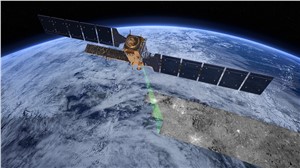 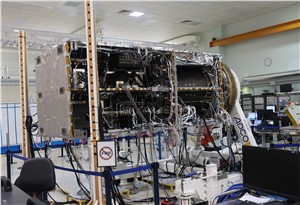 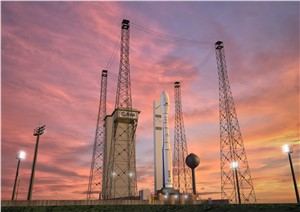 A contract signed with Arianespace secures the launch for the third Copernicus Sentinel-1 satellite. Scheduled to lift off on ESA’s new Vega-C rocket from Europe’s Spaceport in French Guiana in the first half of 2023, Sentinel-1C will continue the critical task of delivering key radar imagery for a wide range of services, applications and science – all of which benefit society.

Carrying advanced radar technology to provide an all-weather, day-and-night supply of imagery of Earth’s surface, the ambitious Sentinel-1 mission has not only raised the bar for spaceborne radar, but also set the stage for Copernicus, the Earth observation component of the European Union’s space programme.

Copernicus has been the largest provider of Earth observation data in the world for some years now. The suite of Sentinel missions deliver complementary data and the range of services offered through Copernicus help address some of today’s toughest environmental challenges such as food security, rising sea levels, diminishing ice, natural disasters, and the overarching issue of the climate crisis.

In April 2014, Copernicus Sentinel-1A was the first satellite to be launched for this remarkable environmental programme.

With the mission comprising two identical satellites orbiting 180° apart to image the planet with a repeat frequency of six days, down to daily coverage at high latitudes, Sentinel-1B was launched in April 2016.

Sentinel-1A has already exceeded its design life of seven years – but is still going strong and expected to be in service for several years to come.

Sentinel-1B, on the other hand, is currently unavailable due to a technical anomaly, so it is important to get Sentinel-1C into orbit and operational as soon as possible.

Simonetta Cheli said, “All of the Sentinel satellites ESA has developed and built for the European Union’s programme have been resounding successes and at the heart of this world-class environmental programme. The Sentinel-1 mission is key to delivering radar data to monitor sea ice, track icebergs and glaciers, subsidence, oil spills and much more. With many users relying on these data, we are extremely happy to secure the launch for Sentinel-1C on an ESA Vega-C rocket, furthering ESA’s autonomous access to space.”

Stéphane Israël added, “Once again, we are very proud of this new launch contract with the European Space Agency, in charge of the Copernicus space segment, which underlines our long-standing partnership. For Arianespace, this contract is a further sign of the renewed confidence in the Vega system and it’s reaffirmed its ability to meet users’ innovative needs.”

Vega-C is more powerful than its predecessor and is capable of a wide range of mission types. It is a single body rocket about 35 m high with a mass at liftoff of 210 tonnes. It is able to place about 2200 kg in a reference 700 km-polar orbit, meeting the needs of European institutions and industry.

The Vega-C rocket will place the Sentinel-1C satellite, which weighs around 2.3 tonnes, in a Sun-synchronous orbit at an altitude around 690 km.

Ramón Torres, ESA’s Sentinel-1 Project Manager, noted, “Sentinel-1C is currently undergoing the last stage of its test campaign. This includes environmental tests where the whole spacecraft is exposed to the mechanical and noise stresses that it will experience during launch, and the thermal, vacuum and radiation environment from where the satellite will be operating for the next years.

“Upon successful results, the full acceptance for flight is planned end of 2022”.

Tell a friend:
Ride Into Orbit Secured for Copernicus Sentinel-1C