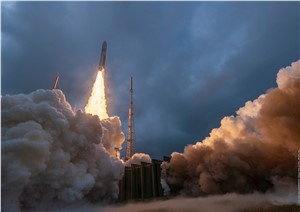 Teledyne Technologies Incorporated  congratulates NASA, the European Space Agency (ESA), and the Canadian Space Agency (CSA) on the successful launch of the James Webb Space Telescope (JWST). Teledyne provided 15 extremely sensitive H2RG infrared detectors that are used in three of the four science instruments of JWST: the Near-Infrared Camera (NIRCam), the Fine Guidance Sensor (FGS), and the Near-Infrared Spectrograph (NIRSpec). Ten Teledyne detectors in NIRCam will study the structure and morphology of the universe. Three Teledyne detectors in FGS will be used to point and stabilize the telescope. Two Teledyne detectors in NIRSpec will reveal information about chemical composition, temperature, and velocity of what JWST observes. Teledyne also provided the SIDECAR ASIC focal plane electronics that operate the H2RG detectors.??

Teledyne is proud to provide most of the detectors for NASA's flagship astronomy missions. JWST's predecessor, the Hubble Space Telescope, uses Teledyne detectors for imaging in ultraviolet, visible, and infrared light. JWST, however, will concentrate solely on infrared imaging and spectroscopy. This is because JWST will explore the very distant universe, for which ultraviolet and visible emissions have been stretched by the expansion of the universe into infrared wavelengths, a process known as redshift. Teledyne's infrared detectors enable JWST to observe the first stars and galaxies, allowing scientists to understand the early evolution of the universe. In 2027, NASA will launch its next flagship astrophysics mission, the Roman Space Telescope, for which Teledyne recently delivered the infrared detectors.??

"Teledyne is extremely proud to have provided the detectors that are the 'eyes' of groundbreaking astronomy and astrophysics missions," said Robert Mehrabian, Chairman, President and Chief Executive Officer of Teledyne. "For decades, scientists have used our ground-based and space-based detectors to look outward to our solar system, to the stars and exoplanets of the Milky Way, and to galaxies millions and billions of light years from Earth. More recently, our detectors have been extensively used to look down upon the Earth, monitoring pollution and greenhouse gas emissions, and enabling environmental science and climatology."??

In addition to imaging sensors, a Teledyne system provides the electricity that operates the Curiosity and Perseverance Mars Rovers; the electrical power is produced by Teledyne's Multi-Mission Radioisotope Thermoelectric Generator (MMRTG).