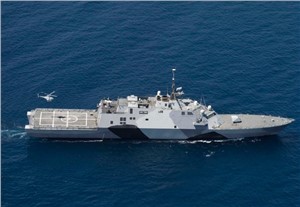 Teledyne Brown Engineering will manufacture, assemble and test the SSMM at the company’s main facility in Huntsville, Alabama. The company will then integrate Launch Control Assemblies along with other equipment into the modules. Teledyne Brown Engineering, along with Northrop Grumman and the U.S. Navy, will validate the system using SSMM-specific software and emulators. The company will then perform Factory Acceptance Testing, leading to delivery of production units.

The SSMM is a modular weapons system, which fires Longbow Hellfire Missiles and compliments the Gun Mission Module (GMM), also manufactured by Teledyne Brown Engineering. Along with the GMM, the SSMM will provide additional capabilities to the LCS as part of the Surface Warfare Package. The SSMM is an integral part of the LCS’ that are used for defense against swarming Fast Attack Craft/Fast Inshore Attack Craft (FAC/FIAC), counter-piracy, maritime interdiction, and security missions.