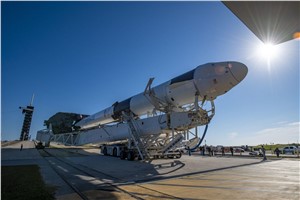 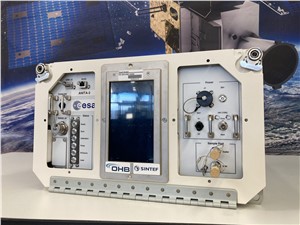 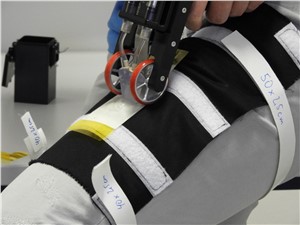 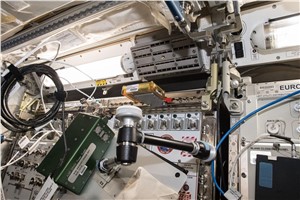 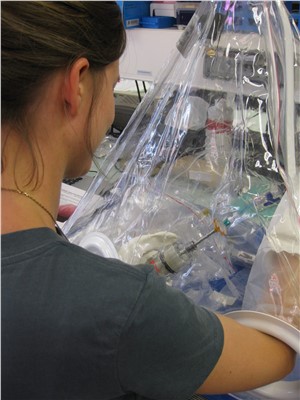 The next SpaceX resupply vehicle is packed with European science, ready for delivery to the International Space Station just in time for Christmas.

The Dragon spacecraft is scheduled to launch from NASA’s Kennedy Space Center in Florida, USA, at 11:06 CET (10:06 GMT) Tuesday 21 December. But before it does, we take a quick peek at some of the European cargo it carries.

In their closed atmosphere, irritating, poisonous and carcinogenic gas compounds emanate from materials, equipment and the crew itself. However, there is no window to open to freshen the room, so the astronauts must rely on the air revitalisation system.

Air quality is monitored continuously to assure the crew’s health and well-being. A rapid response by the astronauts to any accidental release of harmful gaseous contaminants, or malfunction of the air system is essential, and air monitoring is even more important as missions last longer and samples cannot be taken to Earth for analysis.

ANITA-2 (Analysing Interferometer for Ambient Air) is an instrument that will constantly monitor air quality. Considerably smaller than its predecessor that flew in Space Shuttle Endeavour to the International Space Station in 2007, and with improved software, the spectroscopy-based facility will run automatically in the background while astronauts get on with their work. The system is useful for all confined spaces such as in submarines.

First step to printable skin
Another item among the Dragon’s cargo is a handheld bioprinter. Researchers behind the technology demonstration from German Space Agency DLR say it could see astronauts use their own skin cells to print plasters and heal wounds during future missions to the Moon and Mars. But first it must be tested under space conditions.

The Bioprint First Aid bioprinter is hand-operated, consisting only of a handle, dispensing device, print head, guide wheels and two bio-ink cartridges. The technology demonstration will not use real human cells but fluorescent microparticles. When combined with two fast-curing gels, these microparticles create a plaster-like wound covering, which will be printed onto an astronaut’s foil-covered arm or leg and sent back to Earth for further testing.

The hard stuff
Next on the list is another ESA-sponsored DLR experiment: Concrete Hardening, an investigation into how gravity affects the hardening process and properties of concrete.

Previous research showed differences in porosity and microstructure of concrete samples in microgravity. However, this was limited to the solidification of pure cement. In this study, the crew will mix cement, sand, or Moon dust simulant, plus additives with water and leave these to harden in weightlessness. Back on Earth scientists will examine the microstructure and mechanical strength of the samples mixed and hardened in orbit.

The results of this research will facilitate the development of new, improved concrete mixes that could be used as building material for astronaut habitats during Moon and Mars missions, as well as for sustainable construction on Earth.

Spotlight on cellular function
The Cytoskeleton experiment investigates the internal machinery of human cells in microgravity to expand our knowledge of cellular function. It does so with a focus on Rho family GTPases.

These molecules control many important cellular pathways including cell proliferation, apoptosis (a form of programmed cell death), gene expression and intercellular organisation. It is believed that weightlessness can disturb the way Rho family GTPases function and the signalling they control.

Results of this study could help maintain optimal crew health and performance during spaceflight, and feed into clinical medical research on the ground by enabling scientists to examine cells in a way that is not possible on Earth.

Astro Pi
The Astro Pi mark II payload is a like for like upgrade and replacement for the original Astro Pi hardware that flew to the ISS in 2015 for ESA astronaut Tim Peake’s Principia mission.

They are two COTS Raspberry Pi 4B computers enclosed in aerospace grade aluminum cases with a range of integrated environmental sensors and a 12-megapixel camera for Earth Observation. ESA astronaut Samantha Cristoforetti explores the upgraded Astro Pis in this hardware reveal video.

One Astro Pi will be deployed in the Columbus module while the other will be looking through a hatch window towards the Earth. Students in European schools who are participating in the European Astro Pi Challenge can control these computers using the python programming language. By submitting their python programs their experiments are run on board the Station with the generated results and science data returned to ground for them to analyse.

Compose components
Wireless Compose-2 is a technology demonstrator that aims to provide a flexible and adaptable wireless network infrastructure to conduct and execute low-power, low-weight, and wireless experiments on the International Space Station (ISS). Building on technology used for DLR’s first Wireless Compose technology demonstrator in 2018, it shows the capabilities of Wireless Networks for scientific, localisation, and medical experiments in the Columbus module.

Hardware for Wireless Compose-2 consists of five modules that together weigh just one kilogram. Each individual module is roughly the size of a small smartphone. The network will be a platform for other experiments including the Ballistocardiography for Extraterrestrial Applications and long-Term missions (BEAT) experiment that uses a t-shirt equipped with sensors to measure an astronaut’s ballistocardiographic data, including pulse and blood pressure.

Space age
Funded by the UK Space Agency, Microage will see synthetic muscle cells the size of a grain of rice sent for examination in orbit. A proportion of these cells will be electrically stimulated to induce contractions under microgravity conditions, while others are exposed to artificial gravity via centrifugation. Samples will be frozen and returned to Earth to help identify the mechanisms by which muscle mass is lost and possible modes of prevention.

More instore
This is just a slither of the science winging its way to the Station inside the belly of a Dragon. Other European cargo includes components for Materials Science Lab (MSL) batch 3a, the European Drawer Rack (EDR-2) and Biolab, CalliopEO and ESA’s Ice Cubes facility for commercial research in Columbus.