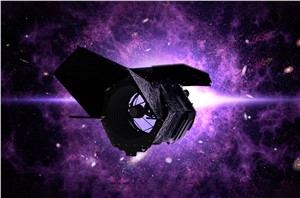 When it launches in the mid-2020s, NASA’s Nancy Grace Roman Space Telescope will revolutionize astronomy by building on the science discoveries and technological leaps of the Hubble, Spitzer, and Webb space telescopes. The mission’s wide field of view and superb resolution will enable scientists to conduct sweeping cosmic surveys, yielding a wealth of information about celestial realms from our solar system to the edge of the observable universe.

On July 23, the Roman Space Telescope successfully completed the critical design review of the mission’s ground systems, which are spread over multiple institutions including the Space Telescope Science Institute (STScI) in Baltimore, Maryland; NASA’s Goddard Space Flight Center in Greenbelt, Maryland; and Caltech/IPAC in Pasadena, California. STScI will host the Science Operations Center (SOC) while Goddard will provide the Mission Operations Center and Caltech/IPAC will house the Science Support Center. The passing of the critical design review means the plan for science operations provides all the necessary science data processing and archiving capabilities. The mission will now proceed to the next phase: building and testing the newly designed systems that will enable planning and scheduling of Roman observations and managing the resulting data, anticipated to be over 20 petabytes (20,000,000 GB) within the first five years of operations.

“At STScI, we are really excited about the opportunities for discovery that Roman will bring. All areas of astrophysics will benefit,” said STScI Deputy Director Nancy Levenson. “We are developing novel tools and new ways of working so the global research community can make best use of the advanced capabilities of this survey-oriented, ‘big data’ space mission.”

“A lot of work is required to reach this stage in any space mission, and our team faced the added challenge of the COVID-19 pandemic. The successful completion of the critical design review is a testament to all of their efforts,” said Cristina Oliveira, SOC Deputy Head at STScI.

In its role as Science Operations Center, STScI will plan, schedule, and carry out observations, process and archive mission datasets, and engage and inform the astronomical community and the public. STScI will collaborate closely with NASA’s Goddard Space Flight Center, which manages the mission and will host the Mission Operations Center (MOC). The MOC is responsible for overall spacecraft operations and overseeing the data transmitted between the spacecraft and the ground. The collaboration also includes Caltech/IPAC, home of the Roman Science Support Center (SSC), which works with the other ground system elements to achieve the scientific and operational goals of Roman.

The Science Support Center at Caltech/IPAC is tasked with issuing calls for Roman proposals to the general science community and managing the proposal process. It will also lead the Coronagraph Instrument observation planning and data products and provide a data analysis environment for the instrument and community team. In addition, it is responsible for community outreach for science related to exoplanets – planets beyond our solar system – and science enabled by spectroscopic observations. The SSC is also developing and operating science data pipelines to process data from the Wide Field Instrument spectroscopic modes and for exoplanet microlensing science.

Expanding Our View
Roman will be able to capture an area over 100 times larger than Hubble in a single snapshot. This will give it the unique ability to do wide-field surveys at space-based resolution, which will be the observatory’s primary operating mode.

“Unlike Hubble and Webb, Roman is a survey mission first and foremost,” explained Acting SOC Mission Scientist John MacKenty of STScI. “Our role is to help gather input from the astronomical community, make those surveys ready for the community to do science, and give the community the tools they need to do their research.”

Roman’s surveys will generate mountains of data, creating new challenges for scientists seeking to analyze those data. As a result, STScI is spearheading the use of cloud-based computing for Roman data processing.

“Instead of sending the data to the astronomer, we’re bringing the astronomer to the data,” said SOC Mission Systems Engineer Chris Hanley of STScI.

All of the data collected by the Roman Space Telescope will be accessible via the Barbara A. Mikulski Archive for Space Telescopes (MAST) at STScI. Those data will be publicly available within days of the observations – a first for a NASA astrophysics flagship mission. Since scientists everywhere will have rapid access to the data, they will be able to quickly discover and follow up on short-lived phenomena, such as supernova explosions.

The Science of the Roman Space Telescope
Roman will enable new science in all areas of astrophysics. It can search for dwarf planets, comets, and asteroids in our solar system. It will image stars throughout our own galaxy to measure its structure and investigate its formation history. It will also survey the birthplaces of stars, giant nurseries of gas and dust which Roman’s large field of view will be able to fully image at high resolution for the first time.

By staring deeply at wide swaths of apparently blank sections of sky, Roman will image an unprecedented number of galaxies with high resolution. Roman will map the distribution of dark matter within large clusters of galaxies and discover thousands of galaxies at very high redshifts, which will provide the tools to study how galaxies change over cosmic time.

Roman’s surveys will deliver new insights into the history and structure of the universe, including the mysterious "dark energy" that is making space itself expand faster and faster. This powerful new observatory will also build on the broad foundation of work begun with Hubble and other observatories like Kepler/K2 and the Transiting Exoplanet Survey Satellite (TESS) on planets outside our solar system. It will discover thousands of exoplanets using its wide-field camera. Its Coronagraph Instrument will conduct a technology demonstration and, depending on its performance, may provide studies of the atmospheres of giant gaseous planets orbiting other stars.