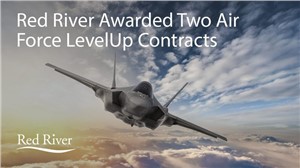 Red River, a technology transformation company, announced today that it has been awarded two U.S. Air Force LevelUP Cloud Services Basic Ordering Agreements (BOA). The contracts are each for five years and each have initial funding of $95 million.

The first contract is for cloud services to support the Air Force’s new LevelUP Unified Platform, a cyberspace operations system for future cyber mission force capabilities. The cloud services acquired through the contract will be used to create a secure DevOps platform for engineers to build, test and deploy new products on a variety of systems and architectures. The second contract is LevelUp’s DevSecOps Tools, Pipeline and Platform Integration and Licensing contract, which provides access to the software titles, tools and other capabilities the Air Force needs to meet their next-generation mission requirements.

“Red River is proud to have yet another opportunity to serve our warfighters and support the U.S. Air Force as it reimagines technology’s role in achieving its mission,” said Ross Woodley, Chief Programs Officer for Red River. “We look forward to partnering with the LevelUP teams to drive innovation with our cloud expertise and services.”

The Air Force’s LevelUP program developed the Unified Platform tool to aggregate cybersecurity incident data into a single platform with visibility across the service, as well as with other military branches. The LevelUP team also launched Cyber Works in 2019, a program that will develop and field new capabilities at the speed and scale required in today’s cyberspace operations environment.