This news is classified in: Defense Aviation Contracts Communications Helicopters 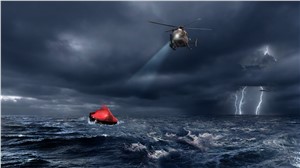 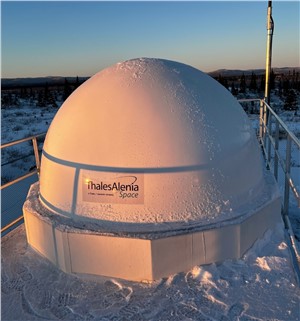 Thales Alenia Space, the joint venture between Thales (67%) and Leonardo (33%), has signed a contract with prime contractor Appworks to provide Thailand with a complete Search And Rescue (SAR) operational system based on the COSPAS-SARSAT MEOSAR  Service.

The solution will make it possible to detect and locate distress signals from COSPAS-SARSAT beacons on land, in the air and at sea instantaneously, over a radius of 2,500 km centered around Bangkok, mainly using the Galileo satellite positioning system. This solution also includes delivery of a Mission Control Centre (MCC) dedicated to managing and distributing alerts, and a Rescue Coordination Centre (RCC) to manage all search-and-rescue activities for armed forces, coastguards, sea rescue and other services.
MEOLUT Next

Thales Alenia Space’s innovative MEOLUT Next product, which employs a phased array antenna, will give Thailand unrivaled performance. Where conventional MEOLUT systems rely on six large parabolic antennas covering an area about the size of a football field and are only capable of receiving signals from six satellites (one per antenna), the MEOLUT Next solution, with its compact antennas taking up less than 6 square meters, tracks up to 30 satellites, thus significantly enhancing distress beacon detection and expanding coverage. MEOLUT Next is capable of detecting distress signals from up to 5,000 km away.

The solution is already operated by the main users of COSPAS-SARSAT (USA, Canada, France, the European Union, and Togo) and is today helping to save lives, as recently demonstrated in the Indian Ocean. On November 18, 2022, a MEOLUT Next antenna picked up a distress signal from the Asteria, a yacht skippered by Tapio Lehtinen competing in the Golden Globe race, 2,000 km southwest of La Réunion, well outside the range of VHF radio and other communications systems. The Asteria was sinking fast, and Tapio just had time to put on his survival suit and jump into his liferaft before activating his COSPAS-SARSAT distress beacon. Within only four minutes, MEOLUT Next had pinpointed the boat’s location to guide rescue crews to the scene and save the skipper.
MEOLUT Next_Canada

“This is the first contract to deploy our MEOLUT Next solution in Asia, which is now present on the four continents of the Americas, Europe, Africa and Asia.” said Benoit Broudy, Vice President, Navigation at Thales Alenia Space in France. “Thales Alenia Space sees space as a new horizon, helping humankind to build a better, more sustainable life on Earth. Saving lives is something that ties in with our company’s aspirations, as demonstrated by our contribution to COSPAS-SARSAT Search and Rescue services.”