Saab Receives Order for Life Extension of Swedish Mine Count 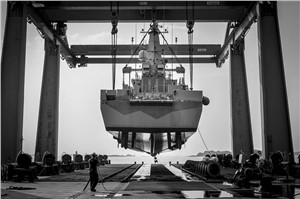 Saab has signed an agreement with FMV on the life extension of two Koster-class mine countermeasures ships. The order value is SEK 350 million. The contract also includes options for FMV to order measures regarding the remaining three ships in the Koster-class. The total value of the options are SEK 270 million.

The contract with FMV means that Saab will carry out life extensions of two Koster-class mine countermeasures ships. The modernisation involves an exchange of systems for life extension and enhanced capabilities to ensure continued operability. The programme includes, among other things, a new navigation radar installation and improved capabilities linked to combat systems and surface sensors.

“The mine countermeasure ships are an important capability for Sweden and for the protection of the Baltic Sea. The contract means that the ships' continued availability is ensured and is a testament to Saab's competence to modify and develop capabilities on existing platforms,” says Lars Tossman, Head of Saab business area Kockums.

Mine countermeasures ships' main duties are naval mine clearance, submarine hunting and maritime surveillance. When engaged in anti-submarine warfare, the ships can for example use mines, depth charges and grenades.

Originally, the mine countermeasures ships were designated as the Landsort-class, but as five of the ships went through mid-life upgrades in 2009 an onwards, the class was renamed the Koster-class. At the same time, the ships were equipped with increased capabilities such as, for example, remotely controlled underwater vehicles.