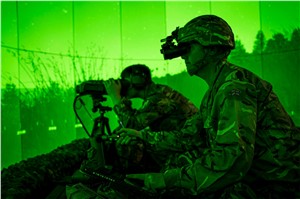 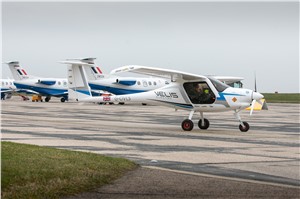 Elbit Systems UK has continued to support the UK Armed Forces Operational requirements in the training and simulation domain throughout the year, with the delivery and deployment of multiple platforms.

In April this year, Elbit Systems UK’s Interim Combined Arms Virtual Simulation (Deployable) (ICAVS(D)) entered service with the British Army reaching Full Operational Capability in the summer and has delivered 45 training events in total including on Exercise CERBERUS in Germany and Operation CABRIT in Estonia.

ICAVS(D) has significantly expanded training capability for both regular and reserve soldiers in scale, size and complexity. Drawing from the latest high-specification hardware, ICAVS(D) has improved agility and ease of deployment for troops, allowing them to maximise their use of space and capitalise on live training opportunities.

The Joint Fires Synthetic Trainer (JFST) continues to provide high-quality immersive training to the UK Armed Forces. As part of a contract initially awarded in 2019, JFST has been delivering individual, team and collective training of personnel responsible for ground and air fires.

To date, eight dismounted systems and one mounted system have been delivered across two Phase 3 Training Establishments, providing approximately 2,000 hours of training predominantly for Fire Support Teams and Joint Terminal Attack Controllers. Feedback has highlighted that the flexibility and fidelity of JFST has significantly improved how UK personnel train using virtual environments.

Elbit Systems UK’s Joint Venture Affinity has continued to support pilot training, procurement, operations and maintenance services at three RAF sites across the UK. In the most recent flight year, Affinity delivered over 12,800 flying hours for the UK trainee pilots.

This year saw Elbit Systems UK’s approach to innovation exemplified, when through Affinity, a series of battery-powered flight tests took place at RAF Cranwell. In line with the Ministry of Defence’s green transformation, the Sustainable Aviation Pathfinder was designed and delivered to support the Royal Air Force (RAF)’s understanding of electric aircraft and determine its effectiveness as an impactful pilot training capability.

"Flexible, comprehensive and high-fidelity training is the foundation of the way that the UK Armed Forces prepares and maintains operational readiness. The roll-out of our systems and the number of training hours provided emphasises the integral part that Elbit Systems plays in that process, providing service personnel with the valuable skills they need to be prepared for the front line." Martin Fausset, CEO of Elbit Systems UK