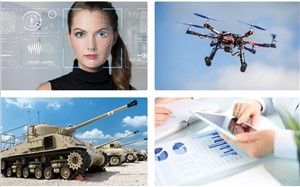 Strategic Initiatives taken by Leading Companies
In March 2022, Teltronic, selected by the Public Security Secretariat of Bahia (Brazil) for the deployment of a state-wide critical communications network that will serve almost 400 municipalities. Moreover, in Oct 2022, SightLogix launched a compelling new line of thermal-color detection cameras, specifically designed for the mainstream security market. The SightSensor TC4 is a dual-imager smart camera that combines the power of thermal detection with the power of visible color to detect targets with exceptional reliability over critical, industrial, and commercial perimeters.

Market forecasts by Regions, by Industries, and by Technologies. Market and Technologies Overview, and Leading Companies

Tell a friend:
The Global Critical Infrastructure Protection Market Was Valued at More Than US$145 Bn in 2022