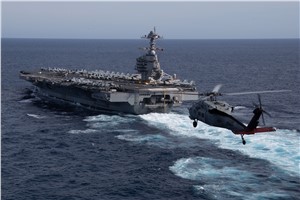 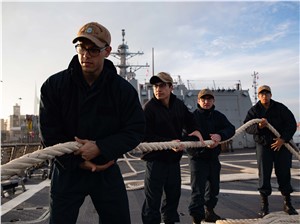 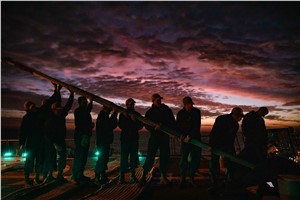 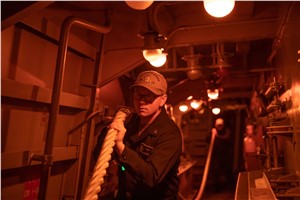 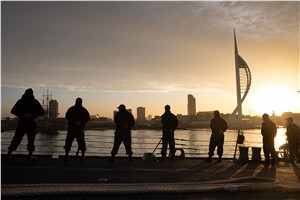 During the visit, Sailors will have a chance to experience the rich culture of Portsmouth through morale welfare and recreation tours to popular cultural and historical landmarks around the city. This port visit marks the first stop for the ships while deployed in the U.S. Naval Forces Europe (NAVEUR) area of operations.

“The crew of USS Gerald R. Ford is honored and excited to visit Portsmouth, heart of the Royal Navy, during Ford’s first deployment,” said Capt. Paul Lanzilotta, commanding officer of Ford. “The United Kingdom is a cherished ally. We are here to work together, strengthen our partnership, and give our Sailors the opportunity to explore this beautiful city.”

Ford deployed from Norfolk, Virginia on Oct. 4 and has been conducting exercises with NATO allies, including Canada, Spain, Denmark, the Netherlands and Germany, throughout their deployment.

NAVEUR and the Royal Navy share a proud maritime partnership and defense cooperation focused on promoting security, stability and prosperity across NATO territories. The U.S. and the U.K. share a commitment to upholding and advancing the rules-based international system.

“So honored to meet the sailors of the USS Gerald R. Ford. The patriotism, commitment, and professionalism of the men and women of the Ford is so inspiring and I know how much it means to our British friends to see them here in British waters. It's yet another example of the Special Relationship in action,” said Jane Hartley, U.S. Ambassador to the U.K.

The NATO alliance is vital to European security and also to U.S. national interests. NATO allies and partners take every opportunity to train together to refine tactics, techniques, and procedures to increase our interoperability.

For over 80 years, U.S. Naval Forces Europe-U.S. Naval Forces Africa (NAVEUR-NAVAF) has forged strategic relationships with allies and partners, leveraging a foundation of shared values to preserve security and stability.