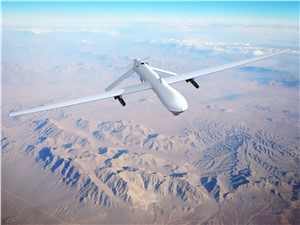 Sigma Defense announced today that it has been awarded a $950 million ceiling indefinite-delivery/indefinite-quantity (IDIQ) contract for the maturation, demonstration and proliferation of capability across platforms and domains, leveraging open systems design, modern software and algorithm development in order to enable Joint All Domain Command and Control (JADC2).  This multiple award contract provides Sigma Defense the opportunity to compete for efforts within seven different competitive pools that support the development and operation of systems as a unified force across all domains (air, land, sea, space, cyber, and electromagnetic spectrum) in an open architecture family of systems that enables capabilities via multiple integrated platforms. Future work under this multiple-award Indefinite Delivery/Indefinite Quantity contract will be competed via the Fair Opportunity process.

“We are excited and honored to be chosen to support the Air Force ABMS program, taking the next step in making JADC2 a reality,”  said Matt Jones, Chief Executive Officer at Sigma Defense.  “Our ability to transmit and analyze data from multiple disparate sources is a key enabler of the DoD’s sensor to shooter architecture and further delivers on the vision of sense, make sense and act.   Sigma Defense is uniquely positioned to deliver open architecture systems across multiple integrated platforms for greater visibility, enabling any shooter whether in space, on land, at sea, in the air, or in cyberspace.”