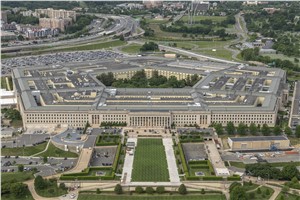 The Army awarded a not-to-exceed letter contract for $182 million on Aug. 26 to Raytheon Missiles and Defense for delivery of two NASAMS batteries, training and logistical support to Ukraine's military and security forces.

Not to exceed contracts are limited to a maximum price and compensate the contractor for actual costs incurred, plus a fixed fee.

"NASAMS are just the latest in the diverse set of air defense capabilities we are delivering to Ukraine," Undersecretary of Defense for Acquisition and Sustainment William A. LaPlante said. "These are proven systems that will make a real difference in the battlefield," he added.

"Acquisition speed and agility is a top priority," said Douglas R. Bush, the Army's assistant secretary for acquisition, logistics and technology. "The rapid award of this contract is another example of the Army's ability to accelerate the delivery of critical capabilities through our industry partners to our allies," he said.

The procurement is part of the third Ukraine Security Assistance Initiative package, announced on July 1, which committed $820 million in security assistance to Ukraine. This USAI package also included up to 150,000 rounds of 155 mm artillery ammunition and four counter-artillery radars.

USAI is an authority under which the U.S. procures capabilities from industry rather than delivering equipment that is drawn down from Defense Department stocks.

This effort was led by the Army's Program Executive Office for Missiles and Space, in partnership with components across the DOD.