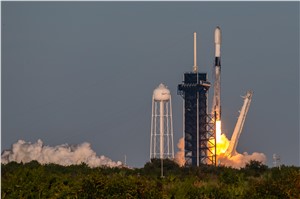 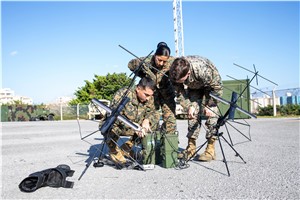 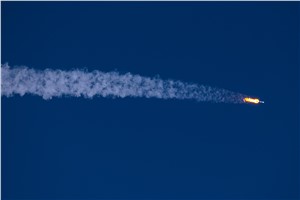 The Space Development Agency will be fielding satellites that will provide eyes-on capability to detect maneuverable hypersonic glide vehicles during flight, and those satellites will be affordable and prolific, the SDA director said.

Speaking today at the Mitchell Institute for Aerospace Studies' Schriever Spacepower Forum, Derek Tournear said satellites in low-Earth orbit, or LEO, will make up the tracking layer that will be able to detect hypersonic threats by their heat signatures, eventually on a global scale.

Satellites in LEO can detect those dim heat signatures better than satellites in higher orbits, he added. Also, if there are several satellites doing the tracking, getting a geometric fix on a hypersonic threat is much more precise.

The next step that would occur in near-real time is that the transport layer of satellites would then move data from the tracking satellites down to the shooter for a fire-control solution at the Joint All-Domain Command and Control, Tournear said.

Those tracking satellites will communicate directly with the transport satellites via laser optical cross links, which can rapidly move large amounts of data.

By September 2024, plans are that 144 transport layer satellites will begin to be launched; that will result in initial warfighting capability, forming a mesh network, he said.

In 2024 or 2025, 28 tracking layer satellites will be launched, resulting in global coverage, he said.

SDA is working in two-year cycles to leverage spiral development of new technologies and launch additional satellites in tranches in that timeframe going forward, he said.

The commercial sector has enabled the growth of this military capability as the prices of satellites and rocket launches have plummeted and as technology has dramatically improved, he said.

Addressing concerns about overcrowding space with satellites, Tournear said space is big, and the higher one goes up in low-Earth orbit, the more room there is.

There's currently a lot of satellite congestion in the 400- to 600-kilometer area above the Earth, he said. SDA is looking to place its satellites in the 1,000- to 1,200-kilometer range.

The goal of putting a large number of small satellites in space, he said, is to create redundancy in the event an adversary tries to take them out with anti-satellite weapons. It would be much harder to disable the network.

The SDA, established in March 2019, will fully transition to the Space Force in October 2022, Tournear noted.