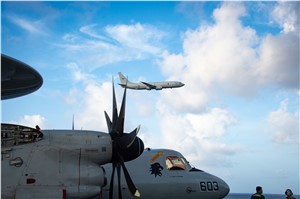 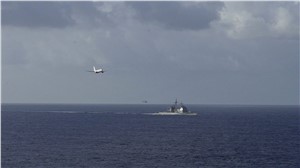 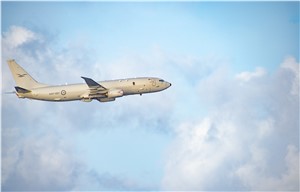 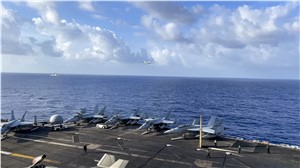 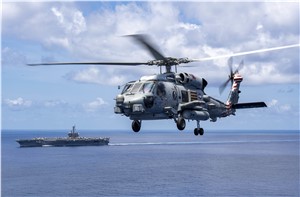 RAN and the U.S. Navy joined together to deploy high-end training tactics and improve proficiencies in advanced kinetic and non-kinetic capabilities, capable of projecting dominant defensives against a multi-domain threat environment.

“Conducting advanced kinetic and non-kinetic bilateral exercises with our allies and partners increases our collective ability to outthink and outfight any adversary threatening our open seas,” said Rear Adm. Dan Martin, commander of Carrier Strike Group One. “Our long-term alliances and partnerships in the Indo-Pacific region preserve maritime prosperity and international order, and enable seamless integration, communication, and collaboration across the region.”

“The Australia-US alliance increases our ability to protect ourselves and our interests and we work as like-minded countries to address security challenges in the Indo-Pacific,” said Rear Adm. Mark Hammond, commander of the Australia Fleet. “Opportunities to practice and prove our tactics and rapidly build shared understanding in order to respond together, further our interoperability. We have sustained a comprehensive program of navy-to-navy engagement with the United States Navy throughout 2021 and I look forward to continuing to work as partners in years to come.”

CSG 1 is deployed to the U.S. 7th Fleet area of operations in support of a free and open Indo-Pacific region.