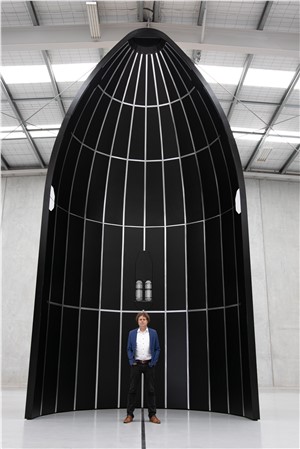 The Upper Stage Development for Neutron prototype project with the SSC’s Launch Enterprise, under the National Security Space Launch program using the Space Development Corps’ Space Enterprise Consortium (SpEC), will fund development of Neutron’s upper stage to support national security and defense launch capabilities for scientific and experimental satellites to the largest and most critical national security payloads. The award is part of a $75 million research and development program approved by U.S. Congress to advance the state-of-the-art in the upper stage technology of domestic launch systems.

Rocket Lab founder and CEO, Peter Beck, says: “We’re dedicated to building a next-generation rocket that will transform space access for constellations through to the most critical missions in support of national security, and it’s an honor to be partnering with the U.S. Space Force to develop Neutron. This award is a vote of confidence in Neutron and our ability to deliver low-cost, responsive, dedicated launch for the U.S. Government. We’ve built a trusted launch system with Electron, and we’ll do it again with Neutron to continue providing unfettered access to space with our new heavier-lift vehicle.”