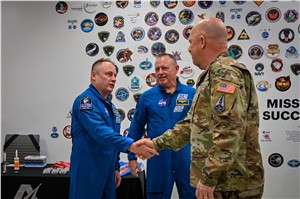 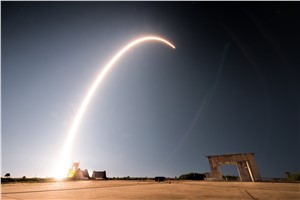 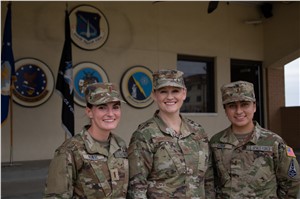 "We're one team with our sister services and over the last year-and-a-half we have worked with the Army and the Navy and the Air Force to determine which capabilities come over to the Space Force," Raymond said. "The intent was to consolidate (and) increase our operational capability; increase our readiness and do so in a more efficient manner."

The changes are "a first tranche," he said.

This is the latest step in building the new service. The idea behind the U.S. Space Force was "to create a unity of effort around our space enterprise," said Space Force Lt. Gen. B. Chance Saltzman, the service's deputy chief of space operations for operations, cyber and nuclear. Simply forming the service made the idea of looking for efficiencies possible.

"We need to create this unity of effort around our space missions, to ensure we're up to those challenges that we face, because the space domain has rapidly become far more congested, and far more contested than … when I was a lieutenant or a captain operating space capabilities," Saltzman said.

A Falcon 9 rocket launches on Jan. 6, 2020, at Cape Canaveral Air Force Station. The rocket, carrying an installment of Starlink satellites, was the first official launch of the United States Space Force.