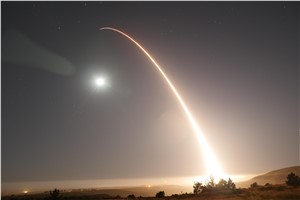 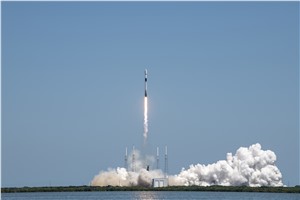 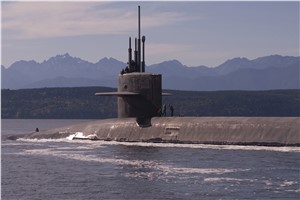 Detection of missile threats on a global scale is perhaps the number one capability needed by the Defense Department because if a missile cannot be identified, it can't be destroyed, the vice chairman of the joint chiefs of staff said.

That technology has been available for years now, he said.

"We have to get there, and we should be able to get there quickly because that technology is not difficult. In this case, it's a bureaucratic challenge more than anything else, but I'd love to have that sensor capability but we need that space layer," he said, noting that the Missile Defense Agency and Space Development Agency are now working on a space layer architecture.

The general offered advice to industry, as well.

Industry needs to move at much greater speed to meet the challenges posed by China and Russia, he said.

The nuclear-powered submarines and the Minuteman Intercontinental Ballistic Missiles were developed and deployed in only about six years, he said, pointing out the speed at which new and disruptive capabilities need to be birthed.

Within the next few months, if not sooner, the Joint Requirements Oversight Council will host an industry day with the commercial sector at a classified level to help explain capabilities DOD urgently needs from industry, Hyten said, noting this is the first time that it has been announced.

Hyten, who retires in November, also offered some advice to warfighters of all ranks that he gained over four decades in uniform.

"Show up, and make a difference every day in your job. If you do that, at the end, you will have made a difference for this country, and if everybody does that, this country will be better off," he said, adding not to worry about your legacy.

He suggested finding some good mentors. Mentors don't have to be higher ups; they can be from the lower ranks, too. He said he still has mentors who are junior to him that he learns things from.

Another goal for everyone, he said, is to deter conflict so that a war won't have to be fought. He turned around to look at the service flags lined up behind him and said the Army, Navy, Air Force and Marine Corps all have many battle streamers that go with each of their flags. The only service without a battle streamer, he said, is the Space Force.

"Everybody's goal in this room should be to make sure that no banner ever goes up on that, because every banner that goes up means that we failed in our primary mission," he said, speaking of the Space Force flag.