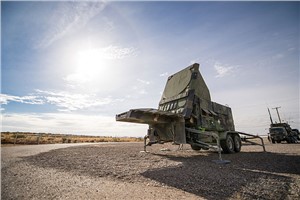 The dry Texas desert air is quiet, but that will soon change. As dawn breaks, a caravan of nearly 50 soldiers from the land of the rising sun arrive for what has become a yearly tradition.

For decades, members of the Japan Air Self Defense Force have traveled to McGregor Range at Fort Bliss once a year for an air and missile defense exercise called the "Annual Service Practice." This series of military tests helps prepare soldiers to use the Patriot™ missile defense system in combat.

"The purpose of air defense missile shooting practice is to improve mission capability, so we drill fire units in all activity related to firing a missile and checking the fighting capability of our airmen," Col. Kei Yamada of Japan’s Air Self Defense Force said.

Now more than ever, it's critical that Japan is prepared to defend itself against the ever-growing threat of ballistic and cruise missiles.

"The security environment surrounding Japan is complicated, and the menace that we have to counter is proliferating," Yamada said. "The mission of Patriot is very important, as [the system is] the last layer of defense for Japan."

Raytheon's Patriot is a missile-defense system consisting of radars, command-and-control technology and multiple types of interceptors. These pieces work together to detect, identify and defeat tactical ballistic and cruise missiles, drones, advanced aircraft and other threats.

The Japan Air Self Defense Force allowed Raytheon photographers exclusive access to the Annual Service Practice test site. The gallery below offers a rare, behind-the-scenes look at the 2017 exercise.