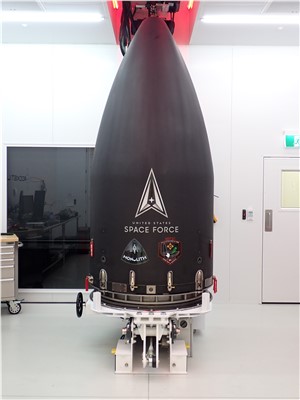 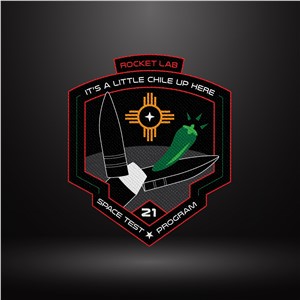 Rocket Lab, the leading launch and space systems company, today announced it will open a launch window from tomorrow to launch a research and development satellite to low Earth orbit from Launch Complex 1 in New Zealand for the United States Space Force (USSF).

The dedicated mission is scheduled for lift-off on July 29, 2021 NZT (July 29 UTC) and will see Electron deploy an Air Force Research Laboratory-sponsored demonstration satellite called Monolith. The satellite will explore and demonstrate the use of a deployable sensor, where the sensor’s mass is a substantial fraction of the total mass of the spacecraft, changing the spacecraft’s dynamic properties and testing ability to maintain spacecraft attitude control. Analysis from the use of a deployable sensor aims to enable the use of smaller satellite buses when building future deployable sensors such as weather satellites, thereby reducing the cost, complexity, and development timelines. The satellite will also provide a platform to test future space protection capabilities.

The launch window extends for 12 days, with lift-off scheduled as follows:

The mission was procured by the Department of Defense (DoD) Space Test Program (STP) and the Rocket Systems Launch Program (RSLP), both based at Kirtland Air Force Base, New Mexico.; in partnership with the Defense Innovation Unit (DIU) as part of the Rapid Agile Launch Initiative (RALI).  The mission is being managed by the Launch Enterprise’s Small Launch and Targets Division, which is part of the USSF’s launch organization of choice. The mission has been named ‘It’s a Little Chile Up Here’ in a nod to the beloved green chile of New Mexico where the Space Test Program is based.

‘It’s a Little Chile Up Here’ will be Rocket Lab’s fourth launch for the year and the company’s 21st Electron launch overall.

Originally slated for lift-off from Launch Complex 2 (LC-2) at the Mid-Atlantic Regional Spaceport on NASA’s Wallops Island, Virginia, the mission has been transferred to Launch Complex 1 (LC-1) in New Zealand while NASA continues certification processes for autonomous flight termination system software for launches from LC-2.

The mission follows on from a previous Rocket Lab launch under the same agreement, the STP-27RD mission launched by Electron in May 2019. That mission, named ‘’That’s a Funny Looking Cactus’, saw Electron deploy three research and development satellites for the Space Test Program.

“We’re excited to have another Electron on the pad for the Space Test Program,” said Rocket Lab CEO and founder, Peter Beck. “We’re proud to once again demonstrate the flexible and resilient space access required by our government partners. The Space Test Program has a long history of developing advanced space and launch capabilities that we’ve all come to rely on, from global positioning systems, satellite communications, meteorological satellites, and space domain awareness capabilities. We’re proud to support the continuation of that innovation through rapid and agile launch on Electron.”