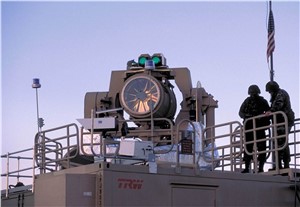 According to the analysis, the global laser weapon systems market is estimated to be valued at US$xx billion in 2020 and is projected to reach a market value of US$xx billion by 2031. The global market is expected to grow at a CAGR of xx% during the forecast period 2021-2031.

Rising Partnerships and Tie-ups to Bring Innovation in the Laser Weapon Systems Market
With advancements in technology awareness regarding usage of NextGen weapons and systems in modern warfare is increasing among armed forces of major countries. Governments and defence agencies of both developed and developing countries are emphasizing more on identifying major producers of advanced weapons and systems so as to sign a long-term agreement with them to modernize existing troops and systems. For instance, recently, Thales group entered into tie up with US army headquarter to develop variants of combat family weapons including non-lethal and high-energy laser weapons.

How the Laser Weapon Systems Market report helps you?
In summary, our + page report provides you with the following knowledge:

Prospects for established firms and those seeking to enter the market– including company profiles for 15 of the major companies involved in the Laser Weapon Systems Market:

Find quantitative and qualitative analyses with independent predictions. Receive information that only our report contains, staying informed with this invaluable business intelligence.

Tell a friend:
Rising Partnerships and Tie-ups to Bring Innovation in the Laser Weapon Systems Market