SMi Group reports: The delegate and sponsor list are being finalised for the highly anticipated Military Robotics and Autonomous Systems virtual conference next month. 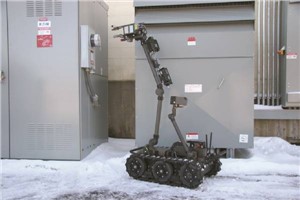 With less than four weeks to go until the virtual Military Robotics and Autonomous Systems conference taking place on 12th and 13th April 2021, SMi Group is now finalising the delegate and sponsor list. The latest event registrations include: US Army Europe and Africa, US Army Combat Capability Development Command, US Army DEVCOM International Technology Center, The Marvin Group, DE&S, Belgian Army and many more.

It is only £499 for military and government, and £999 for commercial organisations. Interested delegates must secure their attendance soon at https://www.asdevents.com/event.asp?id=22655.

This year’s programme highlights, and expert speaker line-up include: