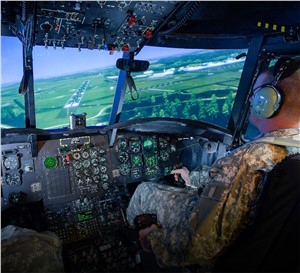 The State Department has made a determination approving a possible Foreign Military Sale to the Government of the Netherlands of CH-47 Pilot Training and Logistics Support and related equipment for an estimated cost of $125 million. The Defense Security Cooperation Agency delivered the required certification notifying Congress of this possible sale today.

The Government of the Netherlands has requested support for the Royal Netherlands Air Force CH-47 training program, to include fuel; base operating support; facilities; publications and technical documentation; pilot training; personnel training and training equipment; weapon system and software support; U.S. Government and contractor technical, engineering, and logistics personnel services; and other related elements of logistical and program support. The total overall estimated value is $125 million.

This proposed sale will support the foreign policy and national security of the United States by helping to improve the security of a NATO ally which is an important force for the political stability and economic progress in Europe.

The proposed sale will improve the Netherlands’ capability to maintain a set of highly trained and deployment-ready Royal Netherlands Air Force Chinook units via continued training activities at Fort Hood, Texas. This training includes the AMERICAN FALCON exercise, which serves as a certifying event for Dutch military units and personnel to deploy abroad, often supporting U.S.-led coalition operations. The Netherlands will have no difficulty absorbing this training and support into its armed forces.

This proposed sale does not contain any principal contractor. There are no known offset agreements proposed in connection with this potential sale.

Implementation of this proposed sale will not require the assignment of any additional U.S. Government or contractor representatives to the Netherlands.