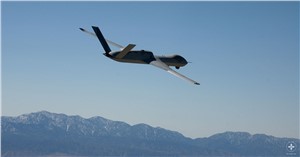 “Since 2005, GA-ASI has worked closely with the FAA to affirm the special airworthiness certification of RPAs, promoting their integration into the National Airspace System,” said GA-ASI Senior Director of Quick Action Programs, Pete Latta. “This EC will also help GA-ASI employ the latest configuration of the Avenger ER for customer payload testing and company investments in advanced UAS control technologies.”

This is the second Avenger ER to receive a FAA EC. The first Avenger GA-ASI produced, which is owned and operated by the company, received an EC in 2016.

With avionics based upon the battle-proven Predator B/MQ-9 Reaper®, the jet-powered Avenger is designed to perform high-speed, long-endurance missions over land or sea. The aircraft has a 44-foot long fuselage, a 76-foot wingspan, a payload load of more than 4,000 pounds, is capable of flying at over 400 KTAS, and has an endurance of more than 20 hours. Avenger ER can support a wide array of sensors and weapons loads and has been designed to carry an all-weather GA-ASI Lynx® Multi-mode Radar, an Electro-optical/Infrared (EO/IR) sensor, Infrared Search and Track System (IRST) and a 2,000-pound Joint Direct Attack Munition (JDAM), delivering an optimal balance of long loiter intelligence, surveillance and reconnaissance and precision strike capability.

In related news, GA-ASI also announced that its fleet of Avenger aircraft, which are engaged in a number of advanced test or research projects, surpassed the 30,000 flight hour milestone in February 2021. One project in which the Avengers are engaged is supporting the U.S. Air Force’s Skyborg Vanguard Program, which is pushing the boundaries in teaming autonomous systems with human-crewed platforms.