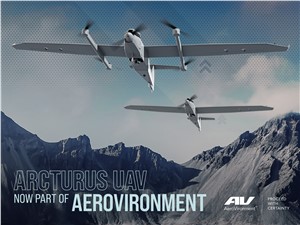 “Like AeroVironment, the Arcturus UAV team is laser-focused on supporting its customers around the world with the most reliable and effective products and services for their missions,” said Wahid Nawabi, president and chief executive officer. “As we welcome the Arcturus UAV team to AeroVironment, we commit to maintaining or exceeding the high level of service our existing and new customers experience.The JUMP 20 and T-20 platforms, combined with associated ISR services, represent a significant expansion to AeroVironment’s portfolio of intelligent, multi-domain robotic systems that will enhance long-term shareholder value and help our customers around the world Proceed with Certainty.”