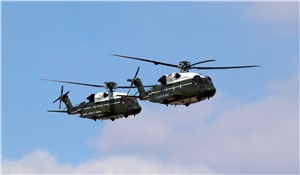 Continuing its 63-year legacy of providing safe and reliable transportation for the president of the United States, Sikorsky, a Lockheed Martin company (NYSE: LMT), is under contract to manufacture a total of 23 VH-92A® Presidential Helicopters for the U.S. Marine Corps. Sikorsky is on schedule to deliver the next generation presidential helicopter later this year.

The award announced February 5, 2021 by the U.S. Navy for five aircraft is the final lot of VH-92A presidential helicopters set to deliver in 2023.  Sikorsky’s highly skilled workforce is completing final modifications on 12 of the production aircraft at its manufacturing facility in Stratford, Connecticut and Owego, New York.

“This contract to build more presidential helicopters shows our customer values Sikorsky’s proven record of supporting this no fail mission for decades and is confident in our ability to innovate and deliver this next generation aircraft flying the president well into the future,” said Sikorsky President Paul Lemmo. “This aircraft has a special place in the hearts of our employees who treasure the legacy and look forward to watching the new White Top enter service.”

“The program remains on budget and within our planned aircraft delivery schedule," said Col. Eric Ropella, PMA-274 presidential helicopter program manager. "The award of this last lot of VH-92A aircraft solidifies the importance of the Marine Corps no-fail mission especially as we move into the next phase of government testing this year.”

Building New Aircraft and Continuing the Legacy
The VH-92A will transport the president and vice president of the United States and other officials. Sikorsky brings unmatched experience and a proven track record to this mission having flown every U.S. commander-in-chief since President Dwight D. Eisenhower. The VH-92A, also called a “White Top” due to its notable white and green livery, will continue this legacy for decades to come.

The VH-92A program ensures long-term affordability and maintainability by utilizing the FAA certified Sikorsky S-92 aircraft which has industry leading reliability and availability. The S-92 aircraft is modified for the VH-92A mission based on government-defined requirements. The S-92 fleet surpassed 1.7 million flight hours in 2020 and averages 14,400 hours of safe flight per month.