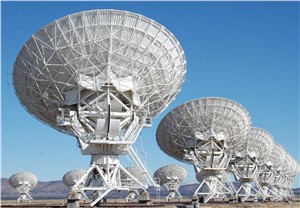 Technologies like Track While Scan Radar Systems promote the growth associated with this market. These systems can track multiple targets while performing scan operations. As the surveillance radar passes each target, its position is reported to the radar processor. Consequent scans can determine future predicted locations. Other systems like quantum radars and AESA (Active Electronically Scanned Array Radar) are anticipated to be technologies that could potentially expand the growth of this sector. The rise in stealth technology which reduces the radar cross-section promotes increased R&D expenditure with respect to this market.

The report, “Global Surveillance Radar-Market and Technology forecast to 2028” provides the overall growth dynamics associated with this sector. The value chain for this market has been studied and analyzed within this report. A comprehensive analysis based on airport and space security systems as well as defense based applications for the surveillance radar market has been studied. The surge in the number of indigenous programs and their impacts on the economy have been analyzed.

Airport Surveillance Radar contributes to a major segment of the growth within this market. The rise in passenger traffic is anticipated to be one of the factors that provide a boost to the infrastructural investment within this sector. APAC is expected to be one of the regions with a maximum growth rate in terms of airport footfall. While North America is anticipated to account for the highest share in terms of the regional segmentation for this market.

Insurgency and terrorism associated with airports serve as a psychological to the end-users of air-based transportation. The incident associated with the Malaysian Airline MH-370 is regarded as one of the most expensive search operations. The Boeing 777-200ER had deported from the Kuala Lumpur airport to the Beijing Capital International Airport. The aircraft had 227 passengers and 12 crew members cumulatively. MH-370 lost contact with the air traffic control, 38 minutes past departure over the South China Sea.

The military radars tracked the aircraft as it deviated westward from its designated path. The aircraft was proceeding towards the Malay Peninsula and the Andaman Sea. The aircraft left the range of the radar 200 nm northwest of Penang Island towards Peninsular Malaysia. The Inmarsat satellite suggested that the possible location of the crash could be in the Southern Indian Ocean. The search parties failed to locate this aircraft even after 3 years since the incident. The operation was carried out through a 120,000 square km spread.

The incident stirred up conflicts amongst the Chinese population since the majority of the passengers were residents from China. Between the years 2015 and 2016, several marine debris from the aircraft was washed ashore in the Indian ocean. An investigative analysis was performed to confirm the origins of the residue. A second search operation was launched by the private contractor Ocean Infinity in the year 2018. The operation was brought to a halt after 6 months with no successful results.

The instance associated with the Malaysian Airlines Flight-17 is another incident that limited passenger traffic. The scheduled passenger flight from Amsterdam to Kuala Lumpur was shot down in July 2014. The fatalities included all 283 passengers as well as 15 crew members. All contacts with the Boeing 777-200ER was lost over the Ukraine-Russia border. The shootdown occurred during the war in Donbass. This area was controlled by the pro-Russian rebels.

Additionally, the U.S government has been taking measures to safeguard the travel experience of the civilians by providing additional air safety measures. Two of the major capital programs under development within the FAA include the radar divestiture program and the ASR-11. The ASR-11 is essentially an integrated radar technology that makes use of both primary as well as secondary radars for surveillance purposes. The system is deployed at terminal air traffic control sites. The controls of this system provide advanced situational awareness in addition to calibrated weather capability.

The Radar Divestiture program was initiated in collaboration with the National Air Traffic Controllers Association (NATCA) and the Professional Aviation Safety Specialists (PASS). The primary objective of this program is to optimize the existing surveillance technology to restructure radar infrastructure services for air traffic control (ATC). New Technologies like the ADS-B has been stationed within the tactical placement of radars within NAS operations. The radar divesture process involves site by site examination of existing radar systems. The surveillance changes and location-specific requirements are anticipated to be taken note of during the process. A local Safety Risk Management would evaluate the operational impacts and mitigate risks prior to the final decision.