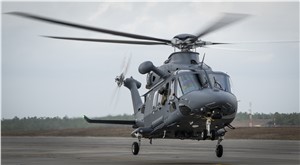 The Secretary of the Air Force selected Maxwell Air Force Base, Alabama as the preferred location to host the MH-139A Grey Wolf Formal Training Unit.

The new helicopter closes the capability gaps of the UH-1N Huey in the areas of speed, range, endurance, payload and survivability in support of AFGSC’s ICBM missions. Other mission capabilities include civil search and rescue, airlift support, National Capital Region missions, as well as survival school and test support.

The Air Force will now conduct an environmental impact analysis before making its final basing decision in the winter of 2021. The first aircraft are scheduled to arrive in 2023.