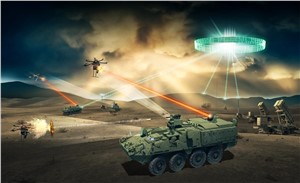 Global Counter-UAV market was valued at US$ xx million in 2019 and is projected to reach at a market value of US$ xx million by 2030. Adoption of unmanned aerial vehicles (UAVs) for industrial and recreational purposes across the globe has increased over the past few years and the trend is expected to continue over the coming years. This has contributed to a major rise in the amount of cases of security violations at public facilities and vital government services. The detection and recognition of such drones has become critical factors for the preservation of defense, thereby boosting market development. Which in turns, is expected to increase counter-UAV market adoption over the coming years.

COVID-19 's effect on the global economy will only influence plans for defence spending, as development forecasts are slashed, and large chunks of government budgets are drained attempting to control and mitigate economic contagion. Speaking on the BBC, the Secretary-General of the Organization for Economic Co-operation and Development (OECD), Angel Gurría, said recent forecasts to slash global growth by half to 1.5 per cent by 2020 were too optimistic. He warned that after the current pandemic he saw no speedy recovery. This in turns is expected to slow the counter-UAV market growth till next 2-3 years.

Prominent regulatory agencies around the globe, such as the U.S. Federal Aviation Administration (FAA), are promoting the production and promotion of innovative drone identification and navigation systems, as they include precise monitoring and improved identification, along with applications for anti-jamming and direction finding (DF). This initiatives are further expected to increase counter-UAV market penetration over the coming years. Market players operating in counter-UAV industry are widening their production capacity substantially to satisfy the growing demand for anti-drone devices, further encouraging development in the industry.

Military and defence application are expected to dominate counter UAV market in 2020. The sharp increase in drug and terrorist activity around the globe, such as contraband smuggling and border trespassing, is anticipated to accelerate the adoption of counter-UAV systems by the world's defense forces. Growing R&D investment by prime defense companies, combined with the increasing usage of anti-drone devices by numerous armed forces to defend against intruders, is projected to add significantly to the development of the end-use sector.

Over the projected timeframe the commercial market is predicted to see strong demand for anti-drone systems. It is anticipated that the growing need for counter-UAV technology at numerous commercial sites, including airports, jails, live events, and vital infrastructure projects, would allow these systems to be implemented through such venues. Several busy airports and hubs across the globe are gradually introducing a broad variety of drone security initiatives to shield their harbor planes from unregulated drones intruding into commercial airspace and causing collisions.

In terms of region, North America dominated the global counter-UAV market in 2019 and accounted for more than 45% of overall market share. Throughout the last two years, the U.S. Federal Aviation Administration (FAA) has been evaluating different counter-UAS systems at many airports around the world, further driving up the industry demand.

The global counter-UAV market is highly fragmented in nature as large number of organizations are operating in this industry. Many small and medium enterprises are operating in counter UAS products business in unorganized market in India and China. Leading companies operating in this industry are adopting merger & acquisition, new product development, technological enhancement, and collaboration to form strategies in order to cater growing industry requirement.