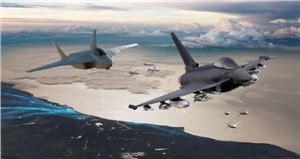 The International Fighter Conference (IFC) is the premier global forum for the fighter community. We have been bringing together senior Air Force Officials, Program Managers, air power advocates, and international OEMs for 20 years. Seen as the most intellectually important conference for the combat air community, the forum brings senior officers together to share knowledge, and engage in unbiased debate and discussion. The IFC has never been a large expo. Business leaders use the conference to show thought-leadership and share their strategic vision of the future of fighter aviation.

The 2020 IFC will be hosted on a secure online platform; 18-19 November. Our digital event platform integrates a secure conference feed with advanced matchmaking algorithms to ensure enhanced networking. Our vision for the world’s first digital forum for the fighter community is to split the conference into 8 discrete sessions each dedicated to a specific topic led by an expert moderator. Sessions are planned to span the time-zones of the Nato alliance in order to allow simultaneous participation from both sides of the Atlantic helping to facilitate the participation of allied and friendly nations.