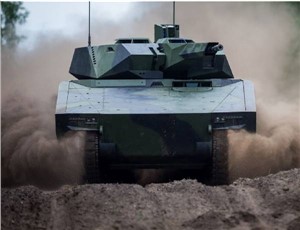 We are delighted to announce the 6th annual Future Armoured Vehicles Central and Eastern Europe conference (VIRTUAL/ONLINE ACCESS ONLY), taking place on the 12th - 13th October 2020.

Building on the enormous success of our previous five annual meetings; Future Armoured Vehicles - Central and Eastern Europe 2020, will be an extraordinary international gathering of senior military officers from the region. This forum offers an unparalleled regional platform for programme managers and experts from within the defence industry, to share insight with one another.

Future Armoured Vehicles Central and Eastern Europe 2020 strives to enhance the learning and development of armoured vehicle programme managers and practitioners through briefings and panel discussions. As the only conference dedicated to Czech and regional vehicles, we endeavour to deliver genuine insight and learning through the expertly selected participants who run our discussions and panels, ensuring the latest developments from all parts of the community (industry and military) are covered in great detail.

This conference will provide an enormous range of insight from many different nations and bring together many senior leaders from within the Czech Armed Forces. Briefings during the two-day conference will examine what these nations are doing to enhance and overhaul their fleets of armoured vehicles.

As a crucial modernisation goal for many nations in the region, Future Armoured Vehicles Central and Eastern Europe 2020 will provide a critical insight into what capabilities are being pursued by regional armed forces, reinforcing interoperability and cooperation. In addition to this, the forum provides an unparalleled interface for decision makers to share their goals with industry, and enhancing engagement in national defence projects.

Military and Government Experts Include: