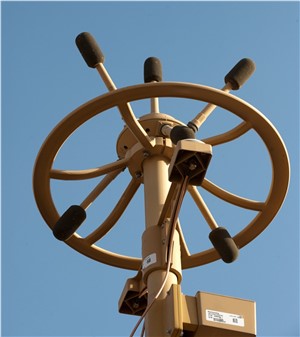 The report "Gunshot Detection System Market by Application (Commercial, Defense), Installation (Fixed, Soldier Mounted, and Vehicle Mounted), Product Type (Indoor, and Outdoor), and Region (North America, Europe, Asia Pacific, Middle East) - Global Forecast to 2025", is estimated at USD 594 million in 2020 and is projected to reach USD 979 million by 2025, at a Compound Annual Growth Rate (CAGR) of 10.5% from 2020 to 2025. Gunshot detection systems for homeland security were first used in the U.S. These systems are primarily used by law enforcement agencies. They are installed at a height of more than 30 feet above the ground at select locations of the coverage area. These include walls, poles, streetlights, and buildings, among others. Increase in the incidents of mass shootings in educational institutions is a prime concern. These systems installed at educational institutions places provide real-time updates on shooting events to security personal, along with individuals inside these places on their electronic communication devices. . Industry experts believe that COVID-19 could affect Gunshot Detection System  production and services by 10% globally in 2020.

Increasing investment in subscription as a service (SaaS) is expected to drive the market for gunshot detection system market during the forecast period
Based on solution, the SaaS segment of the gunshot detection system market is estimated to have the highest CAGR during the forecast period. The increasing subscription based services by public safety authorities is driving the market for this segment.

The major players in the gunshot detection system market include SST, Inc (US), Raytheon (U.S), Shooter Detection Systems (US), Tracer Technology (US), and QinetiQ North America (US), Thales (France) among others. These players have adopted growth strategies such as new product launches, contracts, collaborations, acquisitions, expansions & agreements, to expand their presence in the gunshot detection system market. new product launches have been the leading strategies adopted by major players from 2016 to 2019, which helped them innovate on their offerings and broaden their customer base.

Tell a friend:
Gunshot Detection System Market Worth $979M by 2025