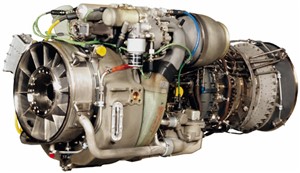 GE Aviation’s T700 turboshaft engine has been chosen by the Kingdom of Morocco to power its new Defense fleet of Boeing AH-64E Apache attack helicopters. Morocco will acquire 48 T700—701D engines and two spares as part of a recent contract announcement for 24 Apache helicopters.

The T700/CT7 family of turboshaft and turboprop engines power 15 types of helicopters and fixed-wing aircraft with more than 130 customers in more than 50 countries. The T700/CT7 family has surpassed 20,000 units delivered and more than 100 million total flight hours. Morocco is the 17th country to acquire the AH-64 Apache, according to Boeing.

“The T700 engine’s 40-plus year track record as a highly reliable, workhorse powerplant is indisputable,” said Ron Hutter, vice president of turboshaft engine sales at GE Aviation. “We are pleased that the Kingdom of Morocco has chosen the T700 and will provide world-class support for these engines.”

The helicopters and engines will be built and delivered under a contract with the U.S. Army through the U.S. government’s Foreign Military Sales process. In 2019, the U.S. Army awarded GE an Indefinite Delivery Indefinite Quantity (IDIQ) contract for the continued production of T700 engines in support of Army, Navy, Air Force, Marines, Coast Guard, Foreign Military Sales (FMS) and other government agency program requirements through 2024. The production contract is valued at over $1B (USD) for as many as 1,700 T700 engines if completely exercised.

The T700/CT7 engine line has become increasingly more powerful and reliable during its 42-year history. Many technological advances have been incorporated into the subsequent growth versions. Current models in the 2,000-3,000 shaft-horsepower range retain the proven features and operating characteristics of earlier versions while delivering enhanced performance.

The highly reliable T700/CT7 design has proven itself in the harshest environments, logging millions of flight hours in hot-harsh combat zones like Iraq and Afghanistan. The T700 serves five branches of the U.S. military, numerous international customers and civil aviation operators.