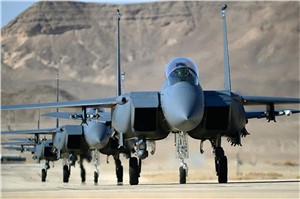 The report anticipates the market was worth $xyz million in 2020. Owing to the advancements in technologies such as natural language processing and cognitive analysis the intelligent automation in aerospace & defence market is expected to grow further in the coming years. Companies are also investing in the research and development to design and develop new products that can gather real time information and send it back to the manufacturers to analyse it.

The Intelligent Automation in Aerospace & Defence market is segmented on the basis of component and application and these segments are further divided. Component is categorized into hardware, software and services. Based on application the market is classified into military, commercial aviation and space. This report then profiles the most significant companies operating within the global Intelligent Automation in Aerospace & Defence market in order to give a deeper understanding of its current atmosphere.

By component, hardware segment dominated the overall market owing to the factors such as increased graphic card speed and better performance of the processors. The chips are usually designed and focused on novel data flow architectures, low-precision arithmetic and in-memory computing capability. On the other hand, services segment is expected to grow at a strong rate owing to the increasing adoption and implementation of artificial intelligence across aerospace & defence industry.

By region, Asia Pacific dominated the overall market for intelligent automation in aerospace & defence with China dominating the overall region. China is leading its way in the implementation of intelligence automation application in military, commercial aviation and space industry. For instance, Most of China's airports intends to secure biometric technology tokens for all points of contact by 2022. They also commit themselves to the full-scale implementation of self-serve boarding gates using biometric authentication.