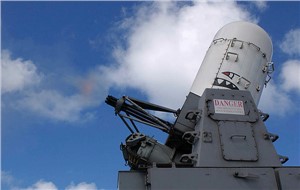 Delivered on schedule, the upgraded capability is being progressively rolled out until late 2023 across Navy’s Destroyers, Amphibious Ships and new Supply Class Tankers.

“The first system, which incorporates the upgrade to Block 1B Baseline 2 of the Phalanx system, has already been installed into HMAS Sydney which will ensure she enters service as Australia’s most potent and capable warship,” Minister Reynolds said.

The upgraded system will create opportunities for Australian businesses to benefit from the Morrison Government’s investment in a sovereign shipbuilding capability.

The second unit of the upgraded system was delivered in 2019 and will be used to provide comprehensive training in Australia, supported by local industry and increasing self-reliance in the training pipeline.